I'm not as young as I used to be. I can't just eat anything and shrug it off. I've tried to go semi-vegetarian. I guess it's technically pescatarian. I eat fish. And I have Meat Mondays. I'm not doing it for any kind of humanitarian or animaltarian or fruititarian reasons. It's just cuz I don't want to be 50,000 pounds in 10 years.

I grabbed some Impossible Burger from the grocery store. I've had a Beyond Meat hamburger at a local spot and it was great. Just damn expensive.

My first meal, using half the meat was pasta. I took some fresh tortolini, bit of olive oil, tomato sauce. 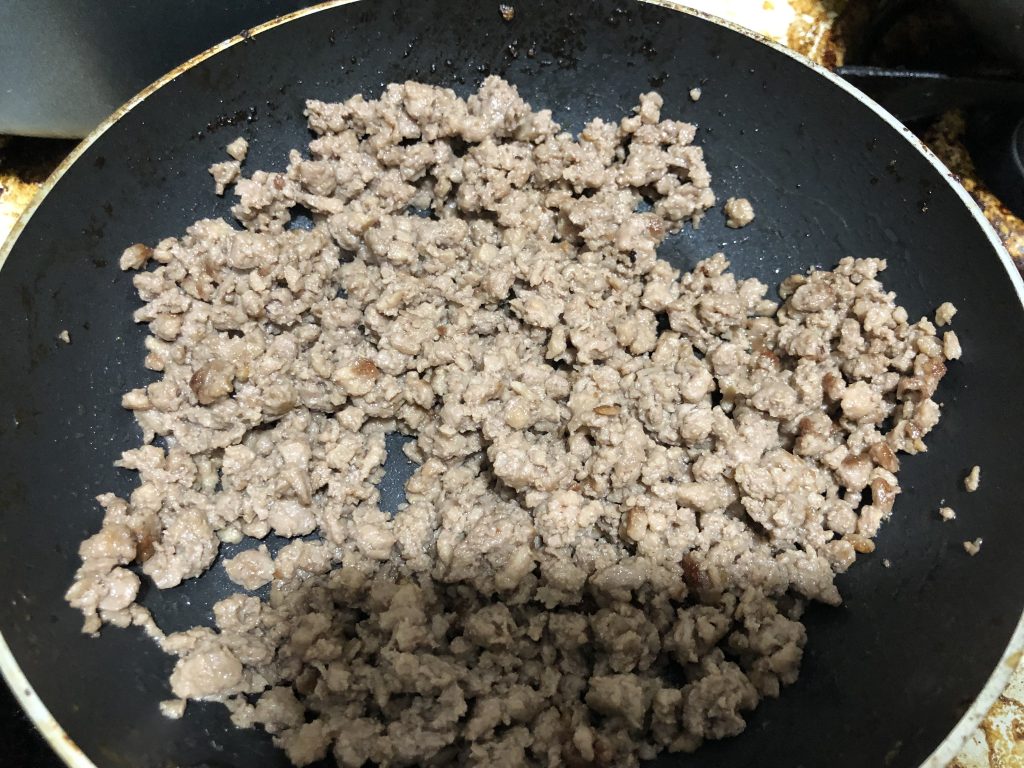 Cooking Tort with a bit of olive oil. 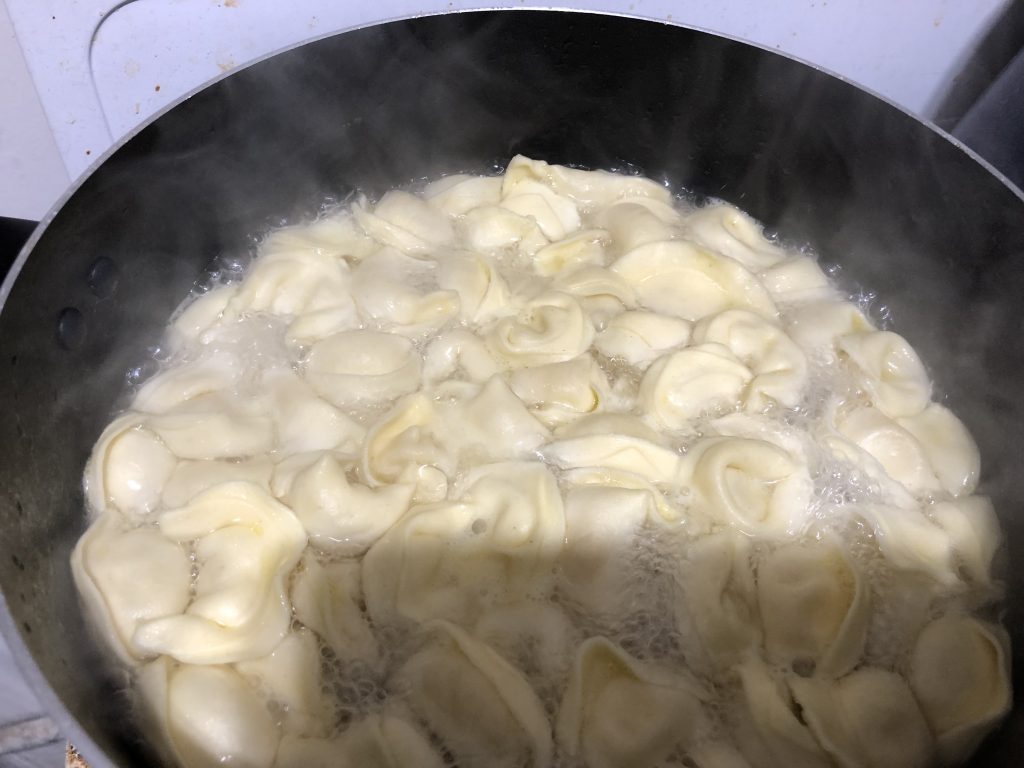 I used the premium packaged kind of pasta. Not dry. I keep finding it on sale and then it costs about as much as the hard-as-rock dry kind and tastes a lot better. 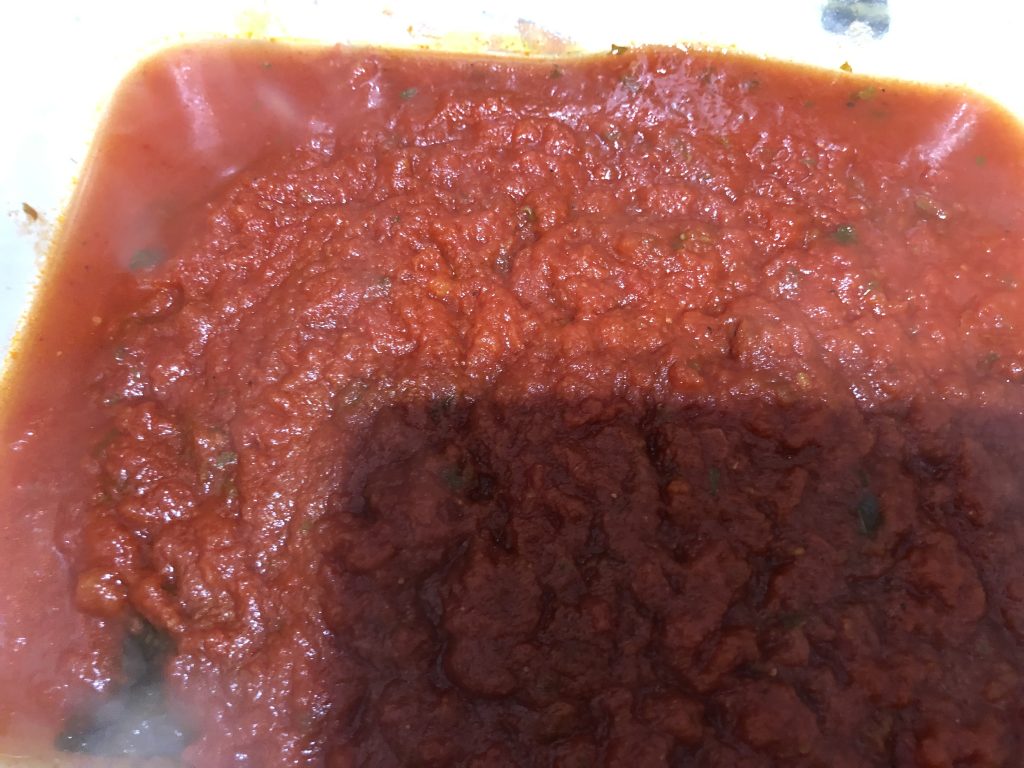 Some sauce. I'm not a huge tomato sauce connoisseur. It all kind of tastes the same to me. 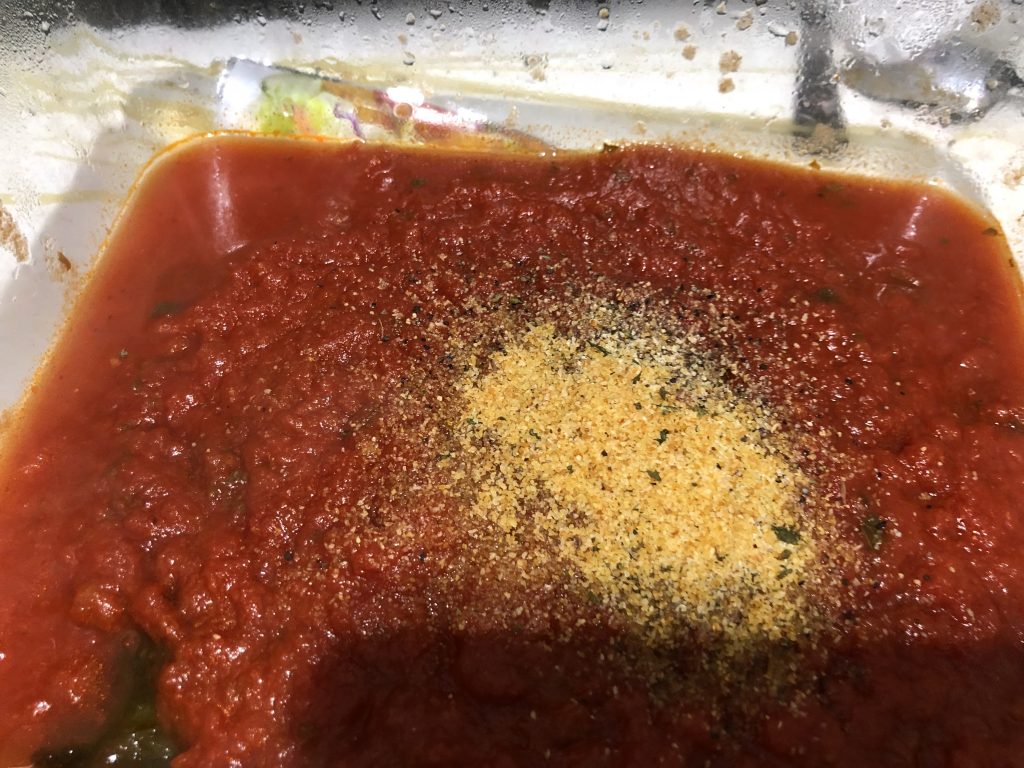 Added garlic powder, pepper, some diced onions. I don't even HAVE salt. Damn near everything we buy already has a ton of salt so I make a point of not adding any. Haven't added salt or owned salt in my life. Blood pressure is "okay" according to the nurses. 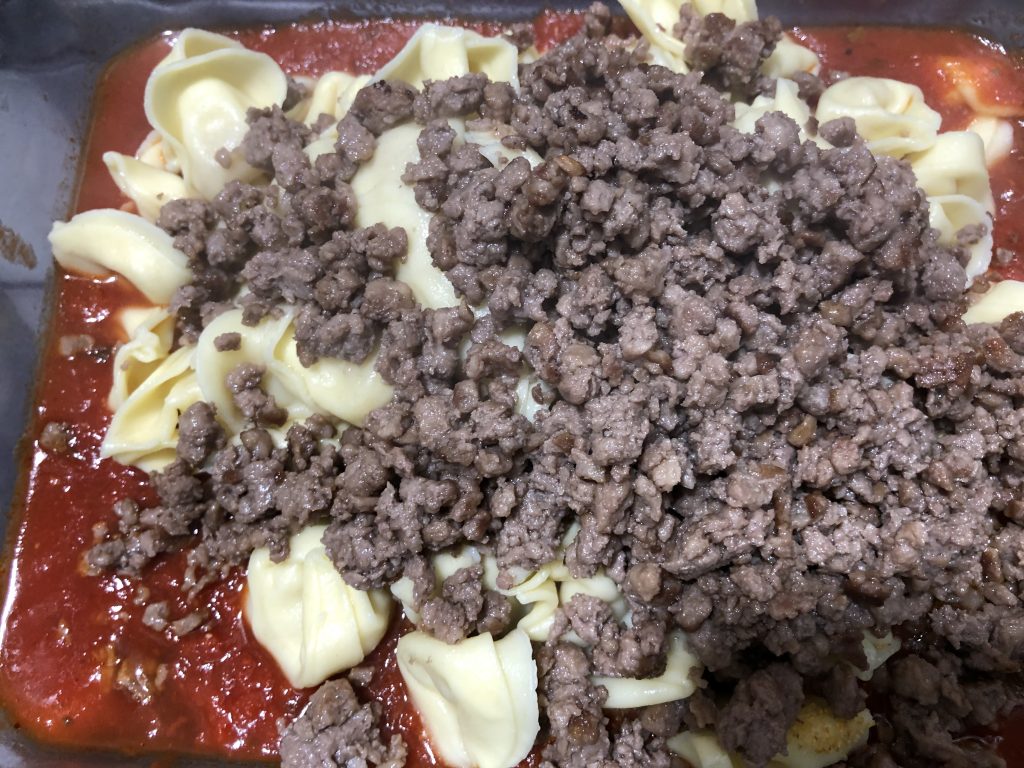 This is the Impossible Burger, "browned," on top of it all. My version of a bolognese. It was really good. The meat itself is a good texture and good flavor. It's not indistinguishable from hamburger. But not like way different. Like Aspertame and Sucrulose taste like ass. Sure, you can dump some artificial sweeteners into coffee, but you could dump Drano into coffee and probably wouldn't notice. Anyway, the meal was a super hit with my stomach.

My next attempt was Machaca and Eggs. Los Angeles has a LOT of pretty amazing Mexican restaurants around here, obviously. So making a convincing version of this would be a little trickier.

I have some cheese, but I've found that if it isn't a really strong varietal, it's just going to add texture and a shitload of fat/calories. And that's fine, but I'd rather taste it instead of wasting the cheese. Like I'll get the sharpest of sharp cheddar for cooking. I don't like it so much with just crackers, but if I dumped a gouda or provolone into this, it would vanish in terms of flavor. 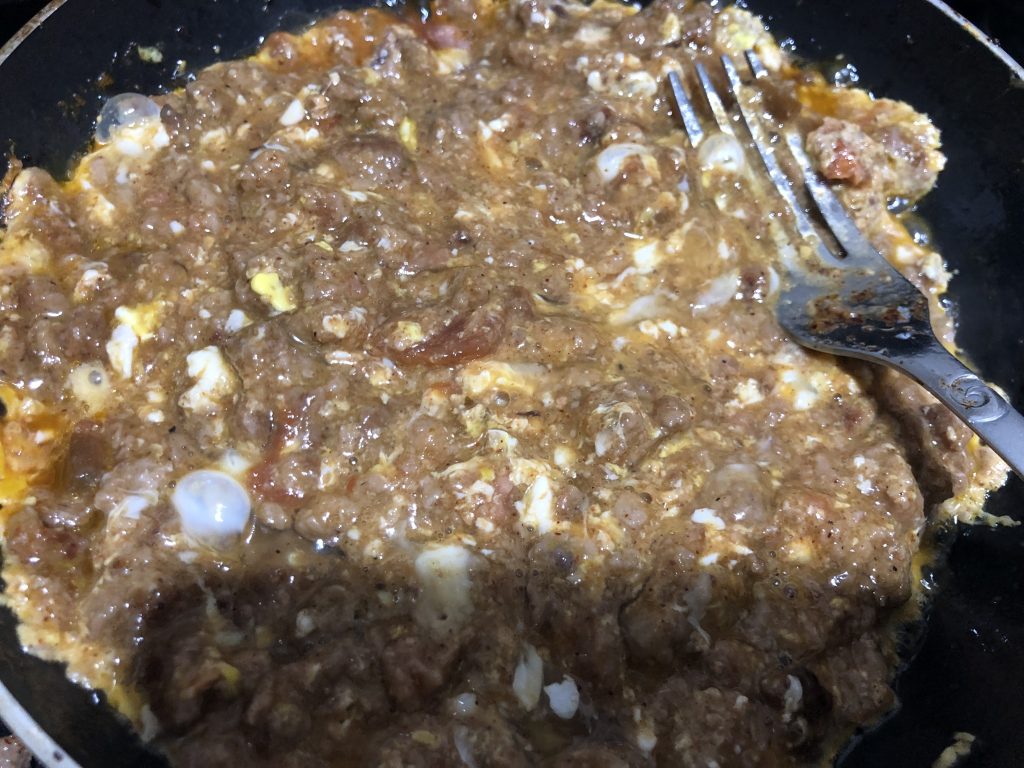 I didn't have any tortillas or chips or anything. But it even looks right. I realized that the machaca I've had around here is insanely spiced. So I kept adding. This is 2 meals worth, quite good, and I have it in the fridge for leftovers. 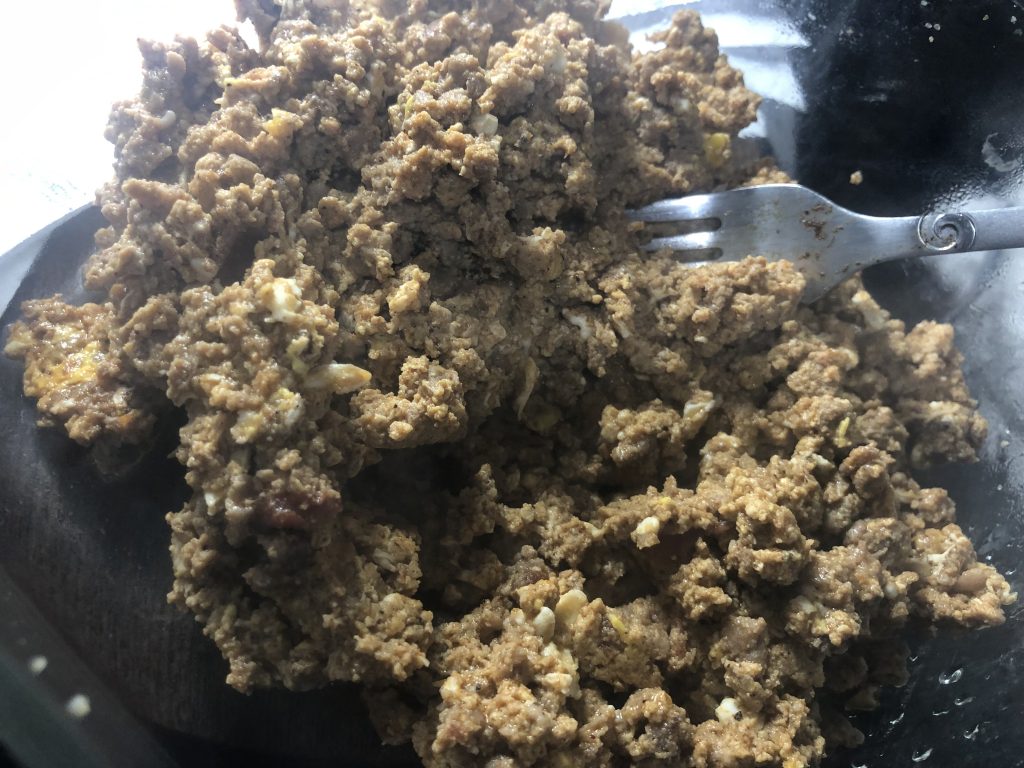 So far I've been pretty impressed with it. But to put this out there, Beyond Meat and Impossible Burger are a) not cheap b) not healthy. I'm not sure how they managed to cram so much fat into non-meat products, but they're chock full of fat, saturated fat, and sodium. Not nearly as many calories as real meat and zero cholesterol(!) and HOPEFULLY my organs can process soy junk easier than beef. But if you ate it every meal you're still going to be in a bad way.