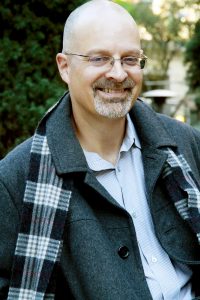 Steven Campbell grew up in Beltsville, Maryland, USA. Beltsville was the genesis for the fictional space station Belvaille. He has been writing since before he realized it was an actual profession. In elementary and middle school, when homework required working with vocabulary words, he would construct stories with members of the class as characters. He would often get all the vocabulary words out of the way in one gigantic run-on sentence so he could start writing a story. One of his teachers stated he should become a comedian. However, another of his teachers stated he was the kind of person who would invent a bomb and kill us all. Steven received very poor grades in school.

The first use of "hard luck hank" came when he submitted the idea to a fishing magazine sometime in the late early 1990's. The concept was to relate fishing stories that always went wrong. But the idea came to nothing.

The first writing submission he made was to Weird Tales magazine when Steven was 16 years old. It was a one page long and received a typewritten response and hand-corrected notations.

His very first published work was a limerick at age 19.

Vampiress
She flew into my room with great style.
She wants me: a small snack for a while.
as the night progresses,
I smile, she undresses.
Just call me the happy necrophile.

Steven had been writing unsuccessfully for literally decades, with the joke that he would one day die from all his unpublished material toppling over and crushing him. He worked as a computer programmer in various Fortune 500 companies. He had been repeatedly asked to move into management but had always refused, not wanting to give up on writing--despite all the evidence to the contrary. 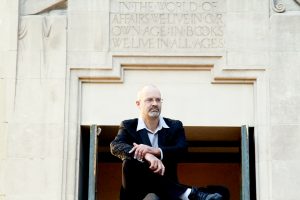 He finally got laid off and received a severance package and decided to work full-time on his first novel. He shopped it around to agents and publishers, but the concept of science fiction/comedy was almost totally unheard of. He decided to self-publish the novel and it was successful enough that he has been able to write professionally ever since.

Steven's writing has been influenced by pulp short stories, comic books, noir novels, fantasy and science fiction of all kinds, and pop culture. He "does" appreciate more serious writing, he just doesn't especially enjoy creating it, which also means he's not very good at it.

Steven lives in Hermosa beach, CA a block from the ocean. He never goes in the water or even on the sand, but he bike rides, and walks quite often. He has a large Alaskan Malamute named Sasquatch that was the basis for "Sassy the Mallute" in Hard Luck Hank: Basketful of Crap. He enjoys writing, arguing with writers about writing, playing games, arguing about games, and learning. 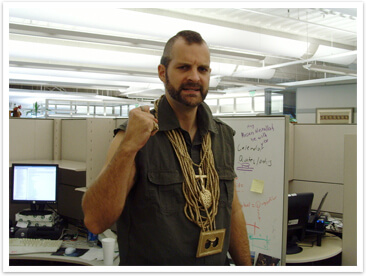 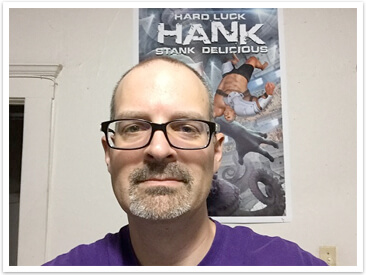 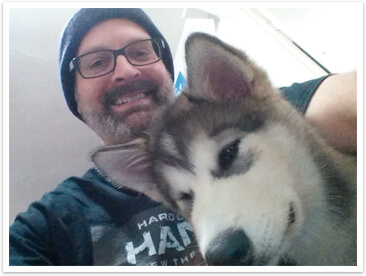 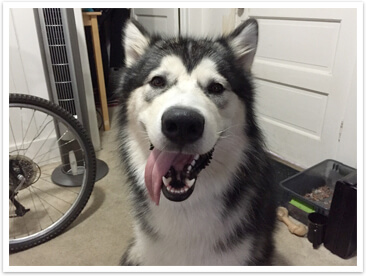